Meet the experienced and friendly doctors and staff who make Prairie Eye Clinic the leading provider of vision care products and services in Vermillion. Dr. Johnson was born and raised on a farm 6 miles west of Hurley, SD. She is a graduate of Hurley HS then Augustana College in Sioux Falls before attending the University of Houston College of Optometry. In 1983, she graduated Gold Key Honor Society from UHCO. She and her husband, Dr. Kevin Brown, have been in their private optometric practice since 1983 in Vermillion.  Dr. Johnson is a member of the American Optometric Association, the South Dakota Optometric Society, and Vermillion Chamber of Commerce. Dr. Johnson is an Academic Associate Professor for the Physician Assistant studies program, School of Health Sciences, at the University of South Dakota. 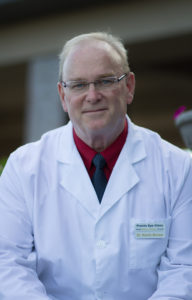 Dr. Brown was born in Auburn, NE, and remains a Husker fan to this day. He is a graduate of Auburn HS and then attended Kearney State College in Kearney, NE, before attending the University of Houston College of Optometry. He received both his BS from the University of Houston and Doctor of Optometry (OD) from UHCO in 1983. He and his wife, Dr. Cindy Johnson, have been in their private optometric practice since 1983 in Vermillion.  Dr. Brown is a member of the American Optometric Association, the South Dakota Optometric Society, and Vermillion Chamber of Commerce. Dr. Brown is an Academic Associate Professor for the Physician Assistant studies program, School of Health Sciences, at the University of South Dakota. 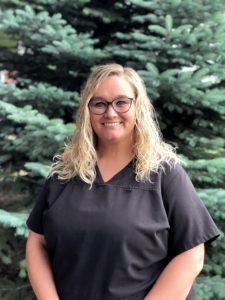 Amanda was born and raised in Sioux City, Iowa. She graduated from North High School in 2005 and served in the Iowa Army National Guard from 2004-2010. Amanda then moved to Elk Point in 2010 with her husband Cody, son, Ashton, and daughter,  Alexis. Amanda is our Clinic Manager. 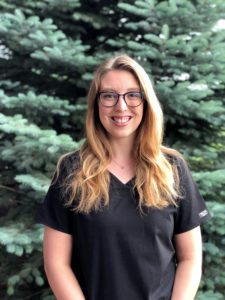 Kelsey is from Yankton, SD and graduated from Yankton High School in 2010. She then attended the University of South Dakota where she received her degree in Psychology. Kelsey lives in Vermillion, SD. She serves as our Optical Manager. 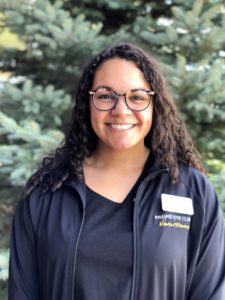 Kierrah is in her fourth year at USD after coming here from Sioux City, IA. She is majoring in Health Sciences and plans to attend optometry school. She transferred to USD from the University of Iowa in the fall of 2018. She has earned a spot on the Dean’s list, and is involved with the Coyote Crazies student organization and the National Society of Leadership and Success. When she is not working or studying, she enjoys spending time with her cat, Stripes. 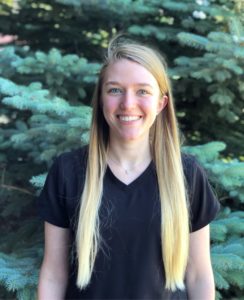 Kelly lives in Vermillion,  but is originally from Nebraska. She graduated high school in 2016 and graduated with a Bachelor of Science in Counseling Psychology through Liberty University’s online program in December of 2019. 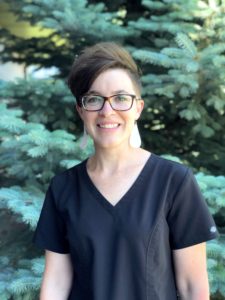 Tracy grew up in Sioux Center, IA and graduated from Sioux Center High School. She then earned her degree in Graphic Design at Southeast Technical Institute in Sioux Falls, SD. She is the proud mama of two boys – Silas and Tobin – and is loving life in Vermillion with her husband, Brandon and their German Shepherd puppy, Cleo. She likes to spend her free time fishing or gardening, and soaking up all the fun that life offers!

Madison is from Lennox, SD and graduated from Tea Area High School in 2018. She will be starting her third year at USD in the 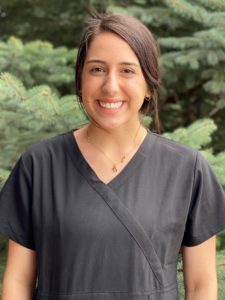 fall of 2020; majoring in Medical Biology and minoring in Psychology. Her inspiration is  to attend medical school once graduated from USD to become a doctor. She is also a member of the Vermillion EMS. In her free time she enjoys spending time outdoors with her friends, family, and of course her dogs. 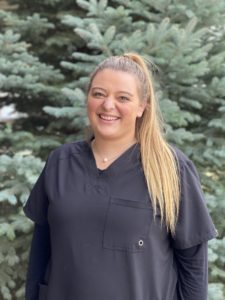 Morgan grew up in Phoenix, Arizona where she graduated from Agua Fria High School in 2016. She then went on to complete her Bachelors in Exercise Science with a minor in Psychology from Simmons University in Boston, MA. While there, she also played 4 years of volleyball. She is now in the Vermillion area, and hopes to be starting a graduate program in physical therapy at USD. Fun Fact – Morgan is the niece of former staff member Tina Girard!